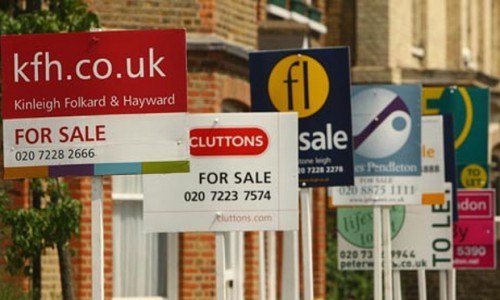 Asian investors at risk from slide in London property prices
From Hong Kong’s central bank to China’s largest property developer, Asian investors have a lot at stake in London’s real estate market. Britain’s decision to leave the EU has soured the UK’s property outlook, with asset managers freezing withdrawals and investors rushing to redeem their money. Commercial property values could fall about 10% over the next year, led by declines in oversupplied central London. Investors from Asia make up 12% of the £10.7 billion direct real estate investment sector in the UK, which is among the top choices for buyers from Singapore, China and Hong Kong. Shares of Asian property developers, particularly from China, Malaysia, and Hong Kong, have dropped since the Brexit result was announced in June. However, some developers are seeing Brexit as an opportunity to expand their development horizons in Europe, particularly in the UK amid the current volatility. (The Edge Markets)

First sign of property demand recovery in May
The first sign of recovery for property demand in Malaysia was seen in May 2016, when loan applications for property increased for the first time in 16 months, up 2% year-on-year and 5% month-on-month. This could signal a recovery in loan demand if the trend persists, said MIDF Research. However, the number of approved loans was still lower by 13% year-on-year, which suggest that the tighter lending environment has more than offset the slight demand recovery. Property transaction value declined in Q1’2016 but it was noted that affordable properties declined at a less severe rate, with a market preference towards affordable houses of below RM500,000. Data obtained sees return of interest among property buyers but they are likely to remain price sensitive. (The Sun Daily)

Melaka restoring ‘white elephant’ projects
Abandoned projects or ‘while elephants’ involving the housing, commercial, industrial and tourism sectors, among others, have remained an eye sore amidst the rapid development of Melaka. However, the state government has taken steps to restore these abandoned projects and push economic development for the people of Melaka. Seven such projects have been restored due to the state government’s joint efforts with relevant parties, with many others being in the process of being restored or looked into for rehabilitation. State Transport, Project Rehabilitation and International Trade Committee chairman, Datuk Lim Ban Hong said redevelopment being carried out on these restored projects might be different from the original ones depending on the suitability in the area at the present time. (The Malay Mail Online)

Sabah developers facing 20% decline in sales
Housing developers in Sabah are facing a 10% to 20% decline in sales of completed units due to strict housing loan application requirements by Bank Negara. These factors could result in rejection of housing loan applications, which in turn will delay the implementation of expansion programmes as well as scheduled new housing projects in the future. Sabah Housing and Real Estate Developers Association (Shareda) has initiated measures to curtail the problem confronting both developers and clients. Besides urging financing institutions to consider providing lower loan amounts, reducing the GST 6% rate would also greatly ease the burden of buyers and developers. (The Borneo Post)

Thriven Global aims for RM500mil revenue
Thriven Global Bhd, formerly known as Mulpha Land Bhd, is targeting a yearly revenue of RM500 million in five years. The company has come a long way from recording earnings of RM17mil in 2011, to RM57mil last year, and is expecting revenue of RM75mil and RM250mil in the current and following year respectively. Its projects in the central region, which are still in the early stages, include Lumi Tropicana, Lumi Section 13, the Enesta mixed development and semi-detached villas in Bukit Tunku. They are located in prime areas and have a total GDV of RM1.5 billion. Its other project are the Desa Aman township in the northern region and shop houses in Bukit Panchor. The company’s business model of 60% luxury and 40% affordable is a promise to return to basics, which is to provide shelter to the people. (The Star Online)

Salcon to launch RM682mil residential project in Australia
Engineering and property development group Salcon Bhd’s indirect unit, Salcon Development (Australia) Pty Ltd (SDA) has acquired a 2,125 sq m land in Victoria, Australia which it plans to develop into a residential development with estimated GDV of A$230mil (RM682mil). The property currently consists of a two-storey office buildin with occupancy rate of 83%. Salcon is proposing to build 336 residential units with a retail podium space on the land. Salcon said that given the general slowing down in the Malaysian property market, the group sought to diversify its property development portfolio overseas. The company’s maiden property project, a 21-storey building in Selayang with 280 units of small office home office known as res280, is expected to be completed this year. (The Star Online)

Real estate agent dies after knocking head against rock
A real estate agent died after knocking her head against a rock as she fell into a 4-metre hole at Lubuk Cermai, Hulu Dungun in Kuala Terengganu last Friday. The victim had went camping with 14 friends in five 4WD vehicles. She was said to have been recording an attempt by a member of the group to cross the river in one of the vehicles. However, she was believed to have stepped backwards and fell into a hole which was covered with dense foliage and hitting her head on a rock. The victim died on the way to the health clinic nearby. (The Malay Mail Online) 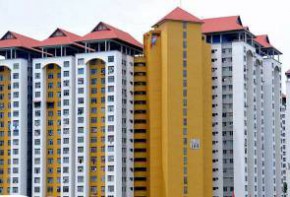 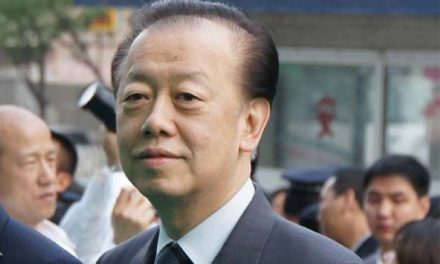