TPPA likely to be dumped, say economists
Donald Trump’s presidency win yesterday is most likely to lead to the cancellation of the Trans-Pacific Partnership Agreement (TPPA), which the US president-elect vowed to discontinue during his campaign. Trump, who will assume office on Jan 20, 2017, has said he will use all means available to get a “better deal” for the US from its trading partners, and this included opposing the TPPA. Without the participation of the US, the TPPA will fall through, as it accounts for 20% of global output. Twelve countries – Australia, Brunei, Canada, Chile, Japan, Mexico, New Zealand, Peru, Singapore, the US, Vietnam and Malaysia – concluded the TPPA negotiations in 2015 and signed the deal earlier this year. (The Sun Daily)

US-Malaysia ties won’t be affected, says Najib
Prime Minister Datuk Seri Najib Razak said Malaysia’s partnership with the United States will not be affected by Donald Trump’s victory in the US presidential election. Despite the unexpected turn of events, he said the new US president needs to maintain good ties with Malaysia and other nations. “The US voters want a president who can develop the economy and create high-paying jobs,” he said, adding that such issues were critical among US voters and Trump was consistent in his campaign to make his country great again with a stronger economy and better job opportunities. (New Straits Times Online)

ECRL is not world’s costliest rail project
The government has denied claims that the RM55 billion East Coast Rail Link (ECRL) project could be the world’s costliest rail project. “Every rail project has its own cost structure due to differing geographical conditions and infrastructure requirements,” said minister Datuk Seri Abdul Rahman Dahlan, “Therefore, rail projects are not easily comparable and can differ considerably across projects.” He compared the ECRL, which would cost RM80mil per km to build, with rail projects in Switzerland (US$209 million per km), Spain (US$30 million a km) and Barcelona (US$170 million per km). However, it was not clear if the railway lines cited by the minister are of the same type as the ECRL, including on the matter of speed. (The Edge Markets)

Ekovest to list highway unit in $500 million IPO
Construction and property developer Ekovest Bhd is planning to list its highway operating subsidiary in 2018 in an initial public offering that could raise at least $500 million. The listing of Ekovest’s Konsortium Lebuhraya Utara-Timur unit is part of a plan to strengthen its asset portfolio and financials, said managing director Lim Keng Cheng. Ekovest on Tuesday sold a 40% stake in the highway unit to EPF for RM1.13 billion. Ekovest and EPF have yet to determine how much equity stakes both intend to hold in the subsidiary, post the IPO. (Reuters)

Penang Tunnel road projects face further delay
The three paired roads proposed as part of Penang’s RM6.3 billion undersea tunnel project could be delayed further due to land and environmental assessment issues. It was found that the lands previously acquired by the federal government for the Penang Outer ing Road (PORR) project still belonged to the federal government. The state government will need to seek approval from the federal government to use the affected land before work for Package Two can start, involving paired roads connecting the Tun Dr Lim Chong Eu Expressway to Air Itam. However, Package One connecting Tanjung Bungah to Batu Ferringhi and Batu Ferringhi to Teluk Bahang will proceed. (Malay Mail Online)

The Chimes Heritage building at Jalan Bawasah, Penang. (Photo from The Star Online)

PCCC conducts study to resolve heritage properties issues
Penang Chinese Chamber of Commerce (PCCC) under its Property Development, Construction and Management Committee (PDCMC) is conducting a study to identify the problem behind the issue of residents quitting the state heritage properties. There were many negative reports which claimed local heritage property owners had abandoned their units, with many units owned by foreigners after they were sold. The study aims to find out what are the causes of the situation and why they are selling their units to foreigners. (The Sun Daily)

Ekovest bags RM157mil beautification job from DBKL
Ekovest Bhd has bagged a RM157.25 million contract from DBKL to undertake improvement and beautification works. With the latest contract, the group’s total outstanding construction order book stands at RM5.7 billion. The contract is for two work packages — Package 1C which stretches from Dataran Merdeka and Jalan Tun Perak to Jalan Tun Tan Cheng Lock and Package 1D which covers Masjid India. The contract also includes the construction of an interceptor system and related works to improve the river water quality, including the water treatment system along the Sungai Gombak and Sungai Klang under the River of Life project. (The Edge Markets) 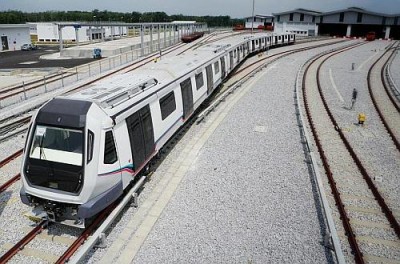 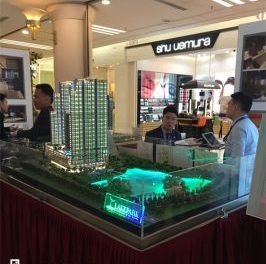