Jakel in RM1.3bil mixed development project
Jakel Trading Sdn Bhd has acquired a parcel of land worth RM180 million for a mixed-development project with GDV of RM1.3 billion. The company is planning to build another Jakel Mall with two towers that comprise serviced apartments, hotel and offices on the land, which is located next to Jakel Mall Kuala Lumpur. The new 300,000 sq ft four-storey mall will have a pedestrian bridge connecting Jakel Mall KL. Construction is expected to begin in 2019 and completed in 2022. Jakel is the only Bumiputera-owned company that has a mall in Kuala Lumpur city. (NST Online)

Peridot to offer extra-large retail offices at MARQ Bizpark
Peridot Development Sdn Bhd will be launching MARQ Bizpark @ North Klang along Jalan Kapar, Klang in July. It is one of two property launches that the developer has planned for the second half of 2017. MARQ Bizpark comprises 10 semi-detached retail office units and 18 cluster retail office units on an 8-acre freehold site, with a GDV of RM75mil. The 3-storey retail offices have built-ups ranging from 7,300 sq ft to 11,100 sq ft. MARQ caters to those who want large shopoffices, which is suitable for commercial as well as light industrial use. (The Edge Markets)

Prinsiptek moves forward with new building method
Prinsiptek Corp Bhd, a small-cap home builder and developer, did not gain traction with investors until early this year. Its managing director and founder Datuk Foo Chu Jong attributes the company’s increased share price in recent months to rising investor confidence. Prinsiptek has embraced the industrialised building system (IBS) to build affordable homes, which is hailed as the future trend of construction. Foo says many property developers are interested in Prinsiptek’s IBS pre-cast method, which enables the developer to meet the need for affordable homes much faster. The IBS method adds to costs but is the way forward as it reduces construction time, is cleaner, employs less foreign workers and produces quality products. The company’s ongoing project is Puncak 7 in Shah Alam, and will launch its Serdang Perdana project in the third quarter this year. (The Edge Markets)

HBA: Don’t relax guidelines on foreigners buying property
The National House Buyers Association (HBA) says the government must not relax guidelines on foreigners buying property in Malaysia, amid concerns that the luxury home glut could affect the economy. Although there was a link between housing bubbles and banking collapse, relaxing guidelines on foreign ownership of property wasn’t the right way to go. This was in response to an earlier report, in which a veteran property expert called for the introduction of measures to encourage foreigners to buy up luxury houses in the secondary market, as the majority of locals couldn’t afford such homes. With the weakening of the ringgit, guidelines for foreign ownership of property should be tightened and the minimum purchase price increased to prevent too many foreigner-owned properties. (Free Malaysia Today)

Homes worth RM20mil left unoccupied in Penang
Some RM20mil worth of residential properties in upper class neighbourhoods of Penang island have been left unoccupied for many years, turning them into eyesores. The dilapidated buildings at Jalan Masjid Negeri and Lebuh Bukit Jambul have become dumpsites or breeding ground for mosquitoes. Many real estate agents had shown interest in helping to sell or rent out these properties, but the owners are unknown. Although left vacant, the owners still pay the annual assessment fee without fail. Property along Jalan Masjid Negeri and Lebuh Bukit Jambul could easily fetch between RM3mil and RM4mil. (The Star Online)

A neglected house along Lebuh Bukit Jambul in Georgetown, Penang which could easily fetch RM3mil-RM4mil due to its location. (Photo from The Star)

Berjaya Land 4Q net profit rises on lower investment expenses
Berjaya Land Bhd (BLand) posted a net profit of RM88.57 million in its fourth quarter ended April 30, 2017 (4QFY17), compared with a net loss of RM458.58 million a year ago, as it recorded significantly lower investment-related expenses. This marks its third profitable quarter in a row, after the group returned to the black in 1QFY17. (The Edge Markets)

100 AES cameras to be installed nationwide next year
About 100 Automated Enforcement System (AES) cameras will be installed at strategic locations nationwide, next year. The cameras to be installed at highways and federal roads would help ensure road users complied with traffic rules at all times, as it was a 24-hour enforcement system. Currently there are about 50 AES cameras installed nationwide. Malaysia, which is among the countries with highest accident rates in the world, is targeting to reduce the accident rate by 50% by 2020, as per the international-level agreement. (Malay Mail Online) 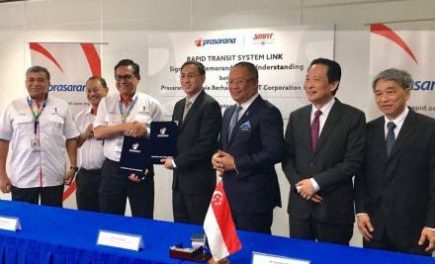 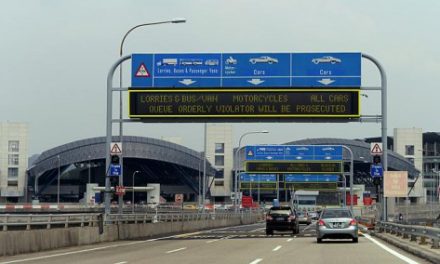 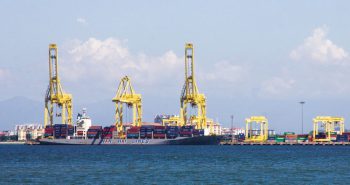