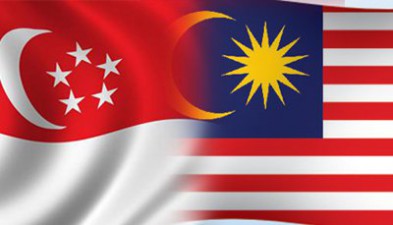 UN report: Malaysia better place to live in SEA, but Singapore still best
Malaysia has been ranked the 62nd best country to live in the world by the United Nations’ (UN) Human Development Index (HDI), which measures human development, but still lost to neighbour Singapore which placed 11th. The HDI gave Malaysia “high human development” scores out of 188 countries surveyed, looking at health and life expectancy, knowledge and a decent standard of living last year, but gave Singapore “very high human development” scores for the same categories. Other Southeast Asian countries include in the survey released this week were Indonesia (110th), the Philippines (115th), Vietnam (116th), Cambodia (143rd) and Myanmar (148th). (The Malay Mail Online)

1MDB Real Estate now known as TRX City
Debt-laden strategic development company 1MDB’s property arm, 1MDB Real Estate Sdn Bhd, is now known as TRX City Sdn Bhd. According to a filing from the Companies Commission of Malaysia (CCM), the name change was effective Wednesday, Dec 16. However, TRX City has yet to file its latest set of accounts for the financial year ended March 31, 2015 (FY15), which should have been publicly available on CCM’s website. Around this time last year, 1MDB’s energy unit was renamed Edra Global Energy Bhd in a move to distance the unit from its parent company. (The Edge Markets)

DBKL identifies land for public housing, multi-storey car parks
Several plots of reserve land owned by the Kuala Lumpur City Hall (DBKL) have been identified as sites for public housing projects. Among them are Lot 67343, Kampung Sungai Udang in Segambut with 1,500 housing units; Lot 25078 and 25580 at Jalan Persiaran Pertahanan, Kampung Wira Jaya, in Setapak with 1,906 units. DBKL will allocate RM250 million from the revolving fund set up for such projects, but it was not mentioned when the project would start. DBKL had also identified 12 locations for the construction of multi-storey car parks to address parking area shortages at People’s Housing Projects (PPR) and Public Housing Projects (PA). The parking projects would begin next year using the 2016 approved budget. (Bernama)

Bangsar residents want authorities to halt Jalan Maarof developments
The Bukit Bandaraya Residents’ Association (RA) is calling for the authorities to freeze all developments on Jalan Maarof, Bangsar, in particular a proposed development opposite the Petronas station. DBKL had erected a noticeboard in accordance with Rule 5 at the site, stating that a five-storey office block with single level basement car park would be developed, with the change in land use from residential to commercial. Any proposed developments must be put on hold under the KL Draft City Plan 2020 (KLDCP) was gazetted in February 2016, said association president Datul M. Ali. The RA has repeatedly raised the issue of commercialisation of Jalan Maarof with DBKL. (The Malaysian Insider)

Kuantan Port, Orion Mining to build tallest building in Kuantan
The RM4.5 Kuantan Port City development, with its lineup of ambitious projects, is set to change Kuantan’s skyline in the next few years. The KP Orion Tower, which will be the tallest building in the city upon its completion sometime in 2018, is said to cost more than RM464 million. The 40,000 sqm tower will have close to 30 floors and situation next to the Kuantan Port. Piling works have already begun and construction is due to commence soon. The tower, which is a strategic alliance project between the Kuantan Port Authority and Orion Mining Sdn Bhd, will include a four-star hotel, office spaces, penthouse, shopping outlets, a floating restaurant, a marina clubhouse and a courtyard. The Kuantan City Port project, on the other hand, will cost about RM3 billion, and includes expansion of the Kuantan Port. (The Sun Daily)

New budget airline, Rayani Air, enters Malaysia
A new low-cost passenger airline, Rayani Air Sdn Bhd, is set to enter Malaysia this month, offering flights to and from klia2, Langkawai International Airport, and Kota Baru’s Sultan Ismail Petra Airport. The new airline is due to receive its air service licence (ASL) and air operator’s certificate (AOC) from the Department of Civil Aviation today, which will allow it to begin operations domestically in, and internationally from Malaysia. This will place the airline in head-on competition with well-established low-cost airlines such as AirAsia and Malindo Air. According to its website, Rayani Air has been accepting bookings since Tuesday for travels between Dec 20, 2015 and May 31, 2016. (The Edge Markets) 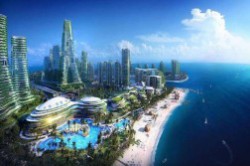 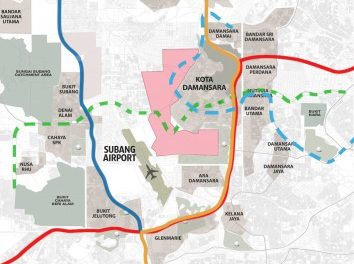 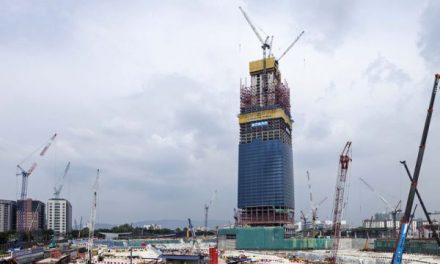