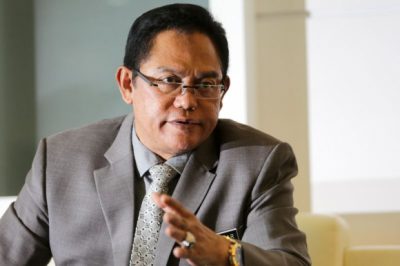 Ministry to meet HBA, Rehda on developer loans proposal
The Ministry of Urban Well-being, Housing and Local Government will be meeting with the House Buyers Association (HBA) and the Real Estate Housing Developer’s Association (Rehda) next Tuesday, following the uproar sparked by the proposal to issue moneylending licences to developers to provide more financing options for house buyers. The proposal received mixed reactions, with some lauding the move, while others expressed concern about developers becoming moneylenders. Minister Tan Sri Noh Omar announced that the scheme was open for applications late last week,but later backtracked saying it was just a proposal. HBA secretary-general Chang Kim Loong called the proposal an ill-advised one, and said the association had not been consulted prior to the announcement. He suggested that the best solution in the current climate is for developers to build and buyers to rent first with option to buy at a later date. (The Sun Daily)

Malaysia will spend $1bil to improve congested airports
Malaysia is planning to spend about $1 billion over the next five years to refurbish and expand its airports in line with infrastructure growth and surge in passenger traffice, said Malaysia Airports Holdings Bhd (MAHB). The main terminal of KLIA may require some upgrades, and there are airports that have grown beyond capacity such as Langkawi, Kota Bharu and Kota Kinabalu, said the airport operator. The proposed investment is a fraction of Hong Kong International Airport’s estimated spending plan of HK$141.5 billion ($18 billion) to add a third runway. Singapore’s Changi Airport will have a fourth terminal by 2017 at a cost of S$1.28 billion ($941 million) to handle 16 million passengers annually. The Malaysian government will foot part of the planned $1 billion investment, with the rest coming from Malaysia Airports. (Bloomberg)

PNB faces potential delay for KL118 completion
Permodalan Nasional Bhd (PNB) is facing a setback in the ongoing construction of the tallest building in Southeast Asia, which could lead to a possible delay in completion of the tower. Sources familiar with the issue said that there were problems with the foundation works, which required rectification works. The setback raises questions on whether the tower, which will have 118 stories and will stand 644m when finished, can meet its targeted completion deadline. Reports said the project is expected to generate over RM6 billion in gross development value over the course of its construction. In the statement issued last Friday evening, PNB Merdeka Ventures said the project is progressing within budget, on schedule and on track for completion by 2020. (The Edge Markets)

Thailand, Malaysia consider border wall to boost security
The leaders of Thailand and Malaysia have agreed to boost security cooperation and even considered building a border wall to combat transnational crime and smuggling. People-trafficking and the smuggling of contraband, including drugs and petrol, have flourished along the Thai-Malay border for years until a crackdown by Thai officials on human traffickers caused some of the routes to shut down last year. Security remains “a very important matter” for both countries and there was an agreement between Malaysian Prime Minister Najib Razak and Thai Prime Minister Prayuth Chan-ocha to step up intelligence gathering and sharing to rein in cross-border terrorism, human trafficking and illegal smuggling. Both sides had discussed the construction and extension of a border wall but details remained to be worked out. (Reuters)

National Housing Policy to be reviewed
The National Housingp Policy, which expires next year, will be reviewed to consider allowing the government to control the price of houses in the country, said Urban Wellbeing, Housing and Local Government Minister Tan Sri Noh Omar. The move is necessary to enable people, especially the middle and lower income group, to own their own home. Under the current policy, the government can only control the price of low cost houses costing not more than RM42,000 and spanning 60.3 square metres. This means that prices for all other types of houses are determined by the free market. (Astro Awani)

Land and General optimistic for 2017 property market
Property developer Land and General Bhd (L&G), which specializes in high-rise properties, is expecting the property market to recover next year. Despite the current slowdown, it plans to go ahead with property launches since they were located in prime areas. Earlier in January, L&G said that it planned to launch RM1.67 billion worth of projects this year. Its upcoming projects include Damansara Foresta phase 2, Astoria Ampang, and Sena Parc, which it hopes to roll out in the next six months. To date, the company has undeveloped land with gross development value (GDV) of RM3.3bil, unbilled sales of RM79.7mil and new development in the pipeline in excess of RM2bil. (The Star Online)

Naim launching more medium-cost residential projects in Sarawak
Property and construction firm Naim Holdings Bhd is launching more medium-cost residential projects due to good demand in Sarawak. The developer posted higher revenue in property sales in 1H this year despite a weak market. The company will continue to focus on existing property developments in Miri, Bintulu and Kuching, with various sales-driven strategies put in place to boost sales. It will focus on affordable residential properties with a cautious approach towards product launches. (The Star Online)

Worried residents urge fogging in Zika-infected housing area
Residents of Taman Desa Harmoni and nearby areas have asked the authorities to conduct frequent fogging against the Aedes mosquito to prevent the Zika virus infection. Johor’s first Zika case and the country’s third was detected in Taman Desa Harmoni. One resident said that many women in the housing estate were pregnant, and a large number of residents travelled often to Singapore, which has reported many Zika cases. Another resident called for more frequent fogging and asked the authorities to clean the ditches in the housing estate. (Malay Mail Online) 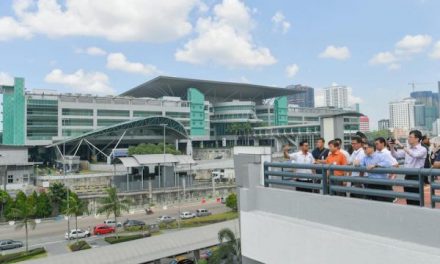 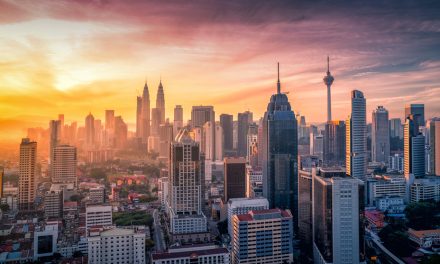