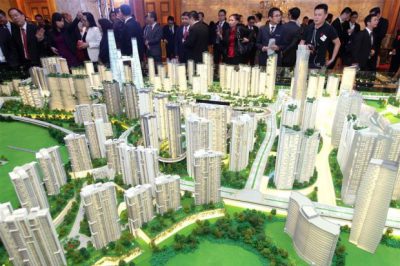 Iskandar Waterfront considers reviving Malaysian IPO next year
Malaysian developer Iskandar Waterfront Holdings Sdn Bhd is considering reviving an initial public offering as early as 2017, as it steps up the construction of projects including Bandar Malaysia which is linked to 1MDB. It is a “very high-impact project” that “will sustain the economy for Kuala Lumpur and the country”, said the company’s executive chairman Tan Sri Lim Kang Hoo. It may pursue a dual listing in Malaysia and Hong Kong or Singapore to monetise its assets valued at more than RM30 billion. The company had deferred a proposal to list in 2013 because of weak market sentiment. While an IPO will help the company fund its mega real estate projects in Kuala Lumpur and Johor, it could also provide a boost to a local stock market. (The Star Online)

BNM: Broader alternatives to home ownership needed
Bank Negara Malaysia (BNM) said developing broader home ownership alternatives, including a well-functioning rental market, was deemed a policy priority to protect homebuyers from financial hardship. The central bank said the need for alternatives showed the negative results that poorly designed incentives to increase home ownership could have on housing affordability in the long term. Alternatives will provide low income and early career individuals to eventual home ownership, while better enforcement will prevent the abuse of housing schemes. Policy considerations need to balance a minimum quality of housing while preventing buildup of imbalance in the housing market. (The Edge Markets)

Selangor Properties launches AIRA Residence
Family-owned developer Selangor Properties Bhd (SPB) has re-emerged in the property development scene with the launch of its exclusive condominium, the AIRA Residence. It is located along Jalan Batai, Damansara Heights, on 3 acres of land. Tower A consists of 105 units with a GDV of RM870mil. Each unit of AIRA comes with a 3-car garage car park and private lift lobby, while the penthouse units will include a private rooftop garden. Ground floor units will have a private pool and lawn. Tower B has yet to be launched. The group has about 30 acres of land bank in Damansara Heights, and future launches would focus on that area. (The Star Online)

State govts told to prevent development on river reserve land
Natural Resources and Environment Minister Datuk Seri Dr Wan Junaidi Tuanku Jaafar is calling for state governments to stop any industrial and housing developments on river reserve land. He said that all states in Malaysia should take a positive and strong stance in protecting rivers and preventing contamination. “State administrations should not allow any factory, plant or residential project to be build on river reserve land. The existing ones should be relocated,” he said. As the management of land and rivers falls under each state’s prerogative, the ministry can only advise state administrators to look into relocation and take appropriate action. The Langat and Cheras water treatment plants were shut down last week due to odour pollution, causing several areas in KL and the Klang Valley to experience water disruption until now. (The Star Online)

Unmarried home buyers in Chinese city must show proof they’re single
Unmarried investors in the eastern Chinese city of Jinan must show proof that they’re single if they want to a buy a home, news agency Xinhua said on Monday, showing the lengths some cities are going to cool real estate markets. Multiple cooling measures were announced earlier this month to curb fast-rising home prices, including obtaining a marital status certificate to qualify as a buyer. Nevertheless, real estate agents said that readily available, cheap mortgages and strong demand were likely to see rising property prices. The restrictions saw home buyers in Shanghai rushing to divorce their partners in order to invest in multiple homes before its implementation in September. (Reuters) 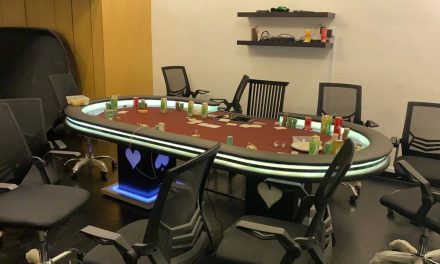