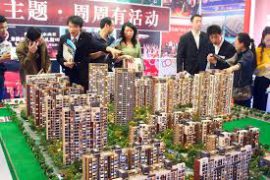 Good news for the China property market as price growth hits two-year high that is spreading to smaller cities.

China’s home prices posted their fastest growth in two years in April, with gains in second-tier cities surpassing advances in larger hubs indicating a broader recovery in the country’s housing market beyond the major cities.

Prices for new homes (exclusing government subsidized housing) rose in 65 cities, compared with 62 in March, the most since December 2013, according to numbers from the National Bureau of Statistics (NBS). Average new home prices in 70 cities climbed 6.2% in April from a year ago, up from March’s 4.9% rise and higher than February this year, when average new home prices in 70 major cities went up 3.6%. Price growth in first and second-tier cities continued to accelerate, while third-tier cities reversed declines to post growth, said Liu Jianwei, a senior statistician at the NBS.

The increase is a bright spot in China’s property market and economy, which in the past year has been slowing amid internal restructuring and weak global demand.

However, while Shanghai and Shenzhen remained the country’s two hottest housing markets – home prices rose 62.4% and 28% from a year ago respectively – there are signs recent tightening measures are beginning to temper demand in those cities. Nomura Holdings Inc. economist Zhao Yang said that the growth in home prices in first-tier cities will slow further as the government winds back some of the liquidity, creating a spillover effect to other regions. Realtors have even remarked that home sales in Shenzhen and Shanghai have plunged as much as 60% after the new policies.

Trivia: Did you know that Malaysia is the 6th most preferred country for Chinese property investors?

Property professionals in some lower-tier cities said prices have been recovering, helped by the slew of support measures. Prices in smaller cities have been on the rise since the start of the year, following looser mortgage rates and purchase restrictions. Leading the gains was the city of Hefei in Anhui province, where prices rose 5.7%, folllowed by Xiamen and Nanjing. Real estate investments expand 9.7% last month from a year earlier, the fastest pace since at least 2015. Investment in “non-key regions,” which the statistics bureau views as less economically important, surpassed 40 “key cities” for the first time in 20 months, the bureau said.

Prices in April gained in 71 cities among the 100 tracked by SouFun Holdings Ltd., the owner of China’s biggest property website, compared with gains in 60 the previous month. Average new-home prices rose 1.45 percent, a slower pace than the 1.9 percent gain in March.

Singapore is #7 in Asia for high-end rental accommodation 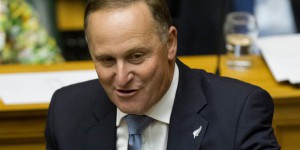