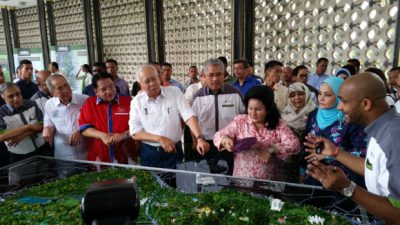 PM launches RM650mil urban rainforest park in KL
Prime Minister Datuk Seri Najib Razak yesterday launched an urban rainforest park, estimated at RM650 million, which hopes to be as iconic a symbol for Kuala Lumpur as London and New York’s spacious public parks. The government aspires to turn Kuala Lumpur into more than a centre of economic progress and into a “liveable” city that is “world-class”, noting that the residents of such cities would typically demand for a recreation area and a green lung. The project, called Taman Tugu, is envisioned as a mini tropical forest, with an expected 6,000 trees spanning 66 acres of land in the heart of the city. It will comprise a rainforest information centre, camping site, canopy walks and zip lines, water play area, paths for jogging, pedestrians and bicycles, gazebos and sightseeing platforms and several food and beverages shops. The project, which will be fully completed by 2020, is slated to have safer and better connectivity for pedestrians that will link up the KL Sentral transport hub to Taman Tugu through walkways cutting through a nearby park and museum. (Malay Mail Online)

Now is the best time to buy Penang property, says MIEA chief
The time ripe for buyers to start buying units in Penang that are set to be completed by the end of the year, said MIEA Penang chairman Mark Saw. With several projects due for delivery by the end of the year, some investors who purchased units under the now-discontinued developer interest bearing scheme (DIBS) may want to release these before payments are required. Difficulty in securing loans could depress prices, and prices may differ between owners who are desperate to sell. The new buying opportunities will spur the currently tepid secondary market. (Malay Mail Online)

KL-SG HSR a boost for planters’ land bank
The Kuala Lumpur-Singapore High Speed Rail (HSR) may boost the valuations of planters’ land bank due to property development potential, according to CIMB Research. Sime Darby Bhd, Genting Plantations Bhd (GENP) and Kuala Lumpur Kepong Bhd (KLK) have their own property arm to develop the land but may selectively sell some of the land to unlock value, which can boost near-term earnings via land sale gains. However, the rise in land value will differ for the seven terminals in Malaysia, depending on the population of the area, connectivity to the final destination, and pricing of the tickets. Sime is expected to be the main beneficiary of HSR stops in Seremban and Muar, GENP for the Batu Pahat station, and KLK stands to benefit from its JV with UEM in Iskandar. (The Star Online)

NGO urges council to tackle bulk purchase of old properties by foreigners
The George Town Heritage Action (GHTA), a non-governmental organisation, is urging the state-sanctioned Heritage Council to produce a comprehensive action plan to tackle the issue of foreigners buying heritage buildings in bulk. The heritage commissioner has the authority to gazette any premises deemed an heritage site to prevent them from being sold, as well as stop the renovation of pre-war houses. GTHA is worried about the loss of diversity and cultural heritage here as a result of a foreign property group scooping up some 200 properties in the inner city. Tenant of 37 houses have already been evicted, and residents in another 26 pre-war houses face eviction by end of the month due to purchase by a Singapore-based property developer. (New Straits Times Online)

Amcorp Properties going strong on partnerships
Strong partnerships and established business relationships are helping property developer Amcorp Properties Bhd to weather the volatility in the property market. Some of these partnerships date back to 2009 after the global financial crisis when the company entered the London market. Despite the short-term volatility due to Brexit, Amcorp Prop is confident that the London property market is still intact and will not have much of a negative impact on the company. Amcorp Prop’s portfolio mostly consisted of stakes in projects that were located in prime areas within matured world cities. It also signed a JV agreement for a venture in Madrid, Spain. (The Star Online)

Malaysia to expect more Zika cases as virus spreads in SEA
Malaysia is bracing for more Zika virus cases, after detecting the first locally-infected patient last week, as well dengue cases. Both Zika, which is of particular risk to pregnant women, and the dengue virus are spread by the Aedes aegypti mosquito, which is common in tropical Malaysia and across the region. Neighbouring Singapore has reported more than 200 cases of Zika. Since reporting its first Zika infection, Malaysia has increased insecticide spraying to kill mosquitoes. It has also stepped up health checks at its main border with Singapore, through which 200,000 people pass daily. There is no vaccine or treatment for Zika, which is a close cousin of dengue and chikungunya and causes mild fever, rash and red eyes. (Reuters) 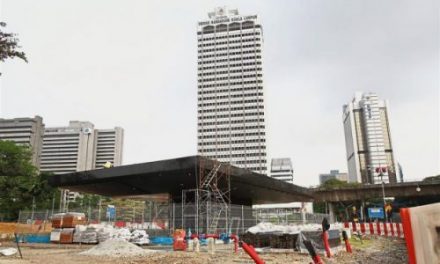 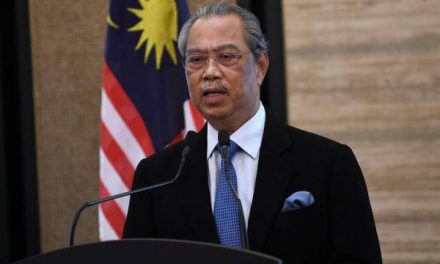 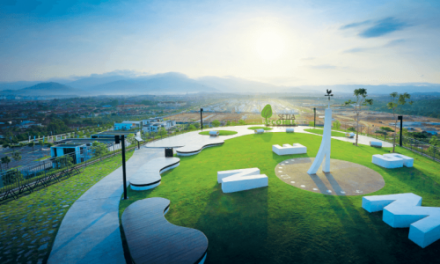 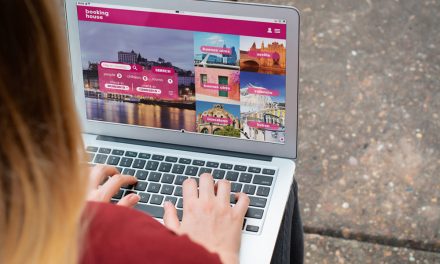