Well, 2017 sure has been an eventful year, not only for property (VR listings, anybody?) but also for many – if not most – sectors. Of course, technology is moving forward so fast these days that there’s hardly any time for us to adapt before something new pops up, but some of these tech trends were so geng, they’ve become the talk of the tech world and beyond. Let’s take a look at the Top 10 Technology Trends that left a lasting impression on people and industries in 2017.

Augmented Reality (AR)
Are you still playing Pokemon Go? The augmented reality (AR) mobile game set the demand for AR entertainment industry on fire worldwide, and more industries are taking notice of it as it could be a source of additional revenue. The introduction of affordable AR glasses as well as heads up display (HUD) – a transparent display so users don’t have to look away from their viewpoints – will enhance the way people shop, work and entertain in 2018.

Virtual Assistants
AI assistants such as Google Assistant and Amazon’s Alexa aren’t exactly new, but they are bound to get more popular this year. We have the technology in most, if not all, smartphones and voice assistants are expected to make their way to a wider range of home and consumer gadgets, creating smarter homes in the process.

Going Ultra HD with 4K
Most smartphones launched in 2017 have the ability to record videos in 4K so 2018 could be the year Ultra High Definition takes off. Expect to see 4K tech in handheld action cameras, drones, 360° video recorders and even dashcams. Also, more streaming services are expected to offer movies and TV shows in 4K. Netflix and chill, anybody?

AI Technology
Artificial intelligence (AI) will see a rapid increase in 2018, thanks to platforms like IBM’s Watson which provides AI and machine learning to a wider audience. Many startups are already applying Big Data and AI technology in their processes, so if you have a business with processes or systems that could be automated, AI is the way to go.

Meteoric Rise of Bitcoin
The cyrptocurrency Bitcoin turned many people into millionaires after breaking the US$10,000 (RM40,660) mark last year. It is highly likely that Bitcoin and other cyrptocurrencies will be in the limelight in 2018. However, with South Korea banning cryptocurrencies and India readying to impose income tax on Bitcoins, its future remains uncertain.

Betting on Blockchain
A study by global design and strategy firm Frog Design shows that blockchain will become a new platform for civic engagement. The study shows that blockchain changes how votes are collected and minimises the risk of fraud or manipulation, and could possibly help more voices get heard in government matters and policy decisions. The public sector will also benefit from blockchain applications including the management of taxes and registrations. Many new businesses are turning to blockchain for transparency and accountability, but more traditional industries are expected to follow suit.

Electric Cars
Electric cars are becoming very popular worldwide, with Tesla becoming a well-known household name. In Malaysia, electric cars are not so prominent yet due to limited availability and high prices, but it seems that they’ll become more common soon, as hybrid cars and electric charging stations become more popular and affordable. According to the Energy Report by BP, the number of electric cars will increase from 1.2 million in 2015 to 100 million in 2035.

Inclusive Industries
Many more industries will take into account that all humans are not made the same. There will be an increase in creating designs and technology that will suit people of different abilities. Recently, Microsoft CEO Satya Nadella, who has a son with cerebral palsy, said that his company is committed to design products to be more accessible to all people, and it won’t be long before other industries do the same.

Podcasts
Podcasts….? It doesn’t sound as cool as video or music streaming but podcasting is slowly becoming the preferred form of media consumption. There is a steady increase of listeners over the years and Edison Research states that one in four adults listen to at least one podcast a month. You’ve probably heard one but didn’t realise it was a podcast.

Revival of 3D Printing
3D printing used to be the plaything of rich enthusiasts and novelty designers, due to the high costs of the 3D printing machines/printers. However, with the introduction of newer and faster 3D printers, it could just pick up the pace in 2018. The scanners used to capture the 3D imagery for the printers are now more portable and affordable. The technology is also used in healthcare and manufacturing, and will soon be introduced in more industries like construction. 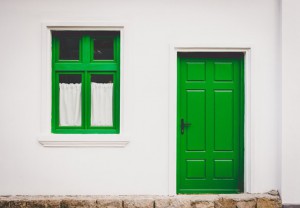 6 Reasons Why Buildings Should Go Green 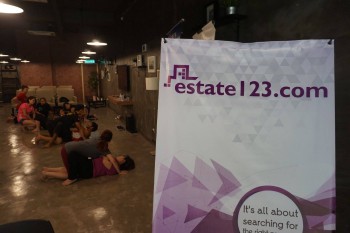 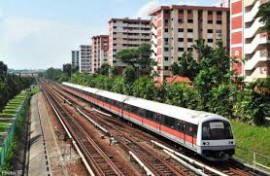