Some people have all the luck. While most get lucky with a $100 voucher or a holiday trip for two, this guy won an entire island resort for himself through the lottery.

This news may be a little old, but it’s still pretty amazing. According to a report by CNN in July last year, an Australian man won the raffle of a lifetime, taking home an entire Pacific island resort for the price of a $49 (about RM220) ticket.

The man, identified as Joshua Ptasznyk, a 26-year-old tax accountant from Wollongong, New South Wales, Australia, won The Kosrae Nautilus Resort in a contest organized by Australian owners, Doug and Sally Beitz. The pair set the business up over two decades ago, after opting to chuck in their 9-to-5 lifestyles and relocate their young family to the tropical island of Kosrae in Micronesia.

The Federated States of Micronesia (also known simply as Micronesia) is an independent sovereign island nation and a United States associated state consisting of four states – from west to east, Yap, Chuuk, Pohnpei and Kosrae – that are spread across the Western Pacific Ocean.

With their children now grown and having kids of their own, the pair decided it was time to return to the Australian mainland so they could spend more time with their expanding family. “We feel like a new chapter in our lives is beginning, and we’re ready to pass the baton to someone else,” said co-owner Doug Beitz. “We’ve had our time in the sun and enjoyed a career most people would never even dare dream about, but our current goal now is to become professional grandparents.”

The couple didn’t simply want to sell their island paradise off to the highest bidder, however. Instead, they opted to make the resort affordable to everyone, in the hope that their island home would go to someone who was genuinely passionate about island life and respected the ecosystem, rather than the person with the deepest pockets. They were going to sell the property in the traditional way until one of their sons came up with the idea of the raffle. Doug said he was hoping the winner would be “someone who likes warm weather, likes meeting new people from around the world, is adventurous”.

Oh, and if you were wondering whether there’s any specific requirement to run an island resort – there isn’t. No experience is required; as stated in the competition website, local staff have worked at the resort for years and will be able to take care of the everyday operations of the resort.

According to the company’s website, the business is debt free, profitable and already fully staffed. It was revealed that the winning ticket of the 16-room resort was number 44,980. He beat more than 75,000 people who entered the lottery from around the world. Before the draw took place, Doug had some very simple advice for the lucky winner.

“Your life is about to change in a very special way.”

No kidding. ಠ_ಠ The rest of us may not be so lucky to win a life-changing experience, but if your dream is to own an island resort (and have the finances to match), why not check out this dive resort for sale in Lembeh, Indonesia? It’s one of the ten best dive sites in the world! 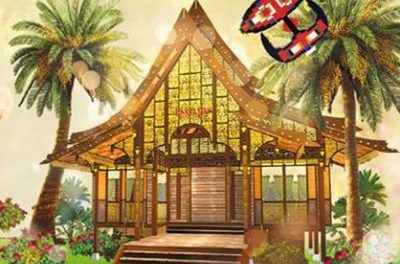 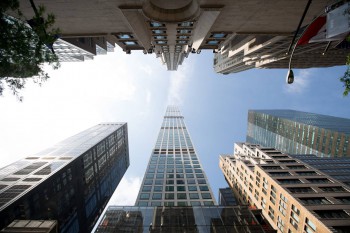