Ramadan bazaars from 3pm to 8pm at 65 locations in KL

Ramadan bazaars will operate at 65 locations in the federal capital, with business hours expected to be 3pm to 8pm during the fasting month, according to Kuala Lumpur City Hall (DBKL). It said 63 locations will be supervised by the organiser of the bazaar while City Hall will supervise the bazaars at Taman Tasik Permaisuri car park (near Kuala Lumpur football stadium) and Jalan 4/38 A Taman Sri Sinar, Segambut (Wisma Suhati). Visitors to Ramadan bazaars are required to wear face masks, have their body temperature scanned and check-in with the MySejahtera app. The Aidilfitri Bazaar, previously held at Jalan Raja, will now resume operation at its original site, Lorong Tuanku Abdul Rahman, from April 17 to May 12. The bazaar will be open from 10am to midnight, with 208 traders operating at the stretch from behind Campbell complex to the junction with Masjid India. The Lorong TAR night market every Saturday will be shifted to Jalan Tuanku Abdul Rahman on April 17, April 24, May 1 and May 18. (Bernama)

The Housing Development (Control and Licensing) Act 1996 (Act 118) will be amended to help house buyers buyers of abandoned housing projects, said Housing and Local Government Minister Datuk Zuraida Kamaruddin. She said the amendment to the act was being drawn up to address issues concerning abandoned housing projects, as well as to enable stricter action to be taken against developers. “Under the current law, the developers will only be blacklisted,” she said. The ministry, she said, would also set up a fund where housing developers are required to allocate a certain amount into the fund before they can develop a housing project. “The fund will be used if the developer were to abandon the project,” she added. (Malay Mail)

The issue of unemployment and low starting salary among fresh graduates is temporary, said the Malaysian Employers Federation (MEF). Its president Datuk Syed Hussain Syed Husman echoed the statement by Minister of Human Resources (MOHR) Datuk Seri M. Saravanan that the undesirable situation caused by the current extremely challenging economic environment arising from Covid-19, would soon be under control. He said once the economy begins to recover and stabilise, the starting wage levels would return to competitive market rates and graduates could then expect higher wages based on their performance and productivity. He added that work experience would make the graduates more marketable and employable. According to him, MOHR through its various agencies including HRDF and Socso have come up with many programmes to further equip unemployed graduates with relevant skills. “These programmes such as the e-Latih are designed to encourage employment and are really effective as industries are also involved,” he added. (Malay Mail)

Ahead of listing, IGB Commercial REIT acquires RM3.16b worth of properties from IGB

The government plans to spend Rp 4.01 trillion (US$275.15 million) this year on 108 basic infrastructure projects in five prioritised tourist destinations to spur visits. The Public Works and Housing (PUPR) Ministry reported Wednesday (April 7) the projects were related to roads, raw and clean water supply, waste management, sanitation, residential improvements and more. The destinations, referred to as the “five new Balis”, are Lake Toba in North Sumatra, Borobudur in Central Java, Labuan Bajo in East Nusa Tenggara, Mandalika in West Nusa Tenggara and Likupang in North Sulawesi. The five new Balis are hoped to raise the contribution of tourism and the creative economy to 12% of GDP within ten years, up from 7.3% currently, according to Tourism and Creative Economy Minister Sandiaga Uno. The government also expects the five destinations, along with Bali itself, to spur domestic travel and thereby help Indonesia’s tourist industry to recover this year. Statistics Indonesia (BPS) data shows that foreign tourist arrivals to Indonesia were down 86.59% year-on-year (yoy) in February as countries maintained travel restrictions. (The Star) 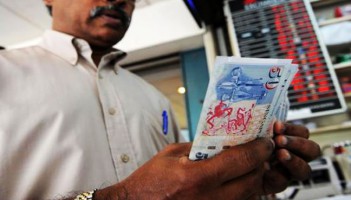 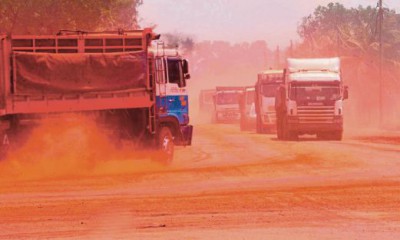