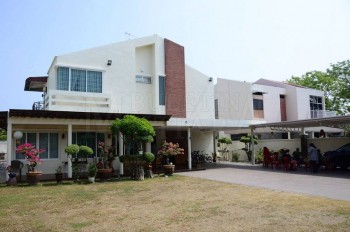 Penang Chief Minister opens house for media tour
Penang Chief Minister Lim Guan Eng yesterday opened his house for media to tour following allegations of wrongdoing in the purchase of his RM2.8 million house last year. 20 reporters were invited to tour his house “to stop the slander and lies made by certain quarters over its purchase,” he said. Tasek Gelugor MP Datuk Shabudin Yahaya had reportedly claimed the house was bought below market value ranging between RM6 million and RM6.5 million. Lim, however, said the house was purchased with a bank loan of RM2.1 million while the remaining RM700,000 was from his allowance as Chief Minister and elected representative. (The Sun Daily)

New park for USJ folk
The Subang Jaya Municipal Council (MPSJ) plans to unveil its first urban forest by the end of the year, which will make it the first integrated community park. The plan is to turn USJ 3C along Persiaran Setia into a 3.18ha urban forest called Park of Hope. It is estimated to cost RM2.84 million. Th, e earmarked 3.18ha area is currently overgrown with bushes, and turning it into a public park will not only benefit residents of Subang Jaya but also in line with MPSJ’s goal to turn Subang Jaya into a green city by 2030. (The Star Online)

Developers opt to sell buildings on strata basis
Due to lower commodity prices, oversupply of office space in the Klang Valley and overall soft property market, developers have been forced to change their tactics to sell their buildings. Oxley (Malaysia) Sdn Bhd, a subsidiary of Singapore developer Oxley Holdings Ltd, for example, will be selling its office space in the soon-to-begin-construction of Oxley Towers KLCC on individual unit basis instead of en bloc as planned initially. In view of current market conditions, the company is opting for the strata route, which places the prices of smaller units at attractive prices slightly above RM1 million. Selling the tower en bloc would be cheaper on a per-sq-ft basis, but the outlay would be high. (The Star Online)

Analysts speculate BAT shifting to Indonesia
The gradual closure of British American Tobacco (Malaysia) Bhd’s (BAT) factory in Malaysia has fuelled speculation that the company will relocate its production facility to Indonesia. Analaysts say it is a “viable option” considering that operating and productions costs – labour, electricity and taxation – there will be lower than in Malaysia. However, there has been no confirmation from BAT yet. (The Sun Daily)

Heatwave affecting yield for paddy fields, rubber plantations
Paddy farmers and rubber planters are worried about their livelihood as the heatwave turns their land into a tinder box. A paddy farmer said that he would normally have planted seedlings in his fields by now, but the rainless weather had completely dried up his land, and another farmer echoed the sentiment. Both fear that they may lose about 50% of their yield in the next harvest. A rubber tapper said he experienced a 30% drop in latex production from his rubber plantation due to the dry spell but says he is lucky to have a part-time job at a sugar factory. Another rubber tapper said that he planted cash crops like bananas and papayas to supplement his income. (The Malay Mail Online)

Heatwave could last until June
Science, Technology and Innovation Minister Datuk Wilfred Madius Tangau said that the current heatwave is expected to last until June instead of April as previously reported. This year’s hot spell is a continuation of last year’s El Niño phenomenon, and looks to be almost equal in strength to the one in 1997-98. The scorching heat around could result in water shortages, air pollution, haze and massive forest fires. Authorities have mentioned that schools would be closed if the situation persists, and a state of emergency would be declared if temperatures stay at 40°C for seven consecutive days. The heatwave has seen temperatures soaring to as high as 38.5°C in some areas. (The Malay Mail Online) 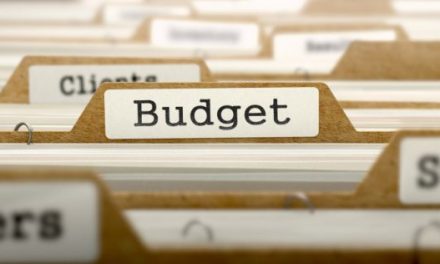 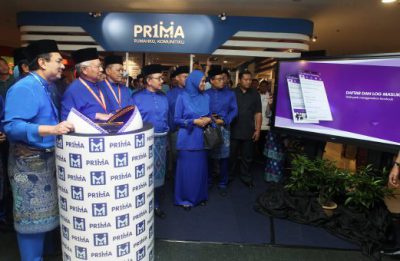